Listen to this article on the WebSideView podcast

Or read the article below.

Previously a mobile phone had two simple modes for communication:

Now (with the not so humble smart phone) there’s a plethora of ways we can be in touch with friends, family, colleagues, business partners, customers and the world at large.

Smart phones have really changed our connectivity, the way in which we communicate and our attitudes towards our phones. 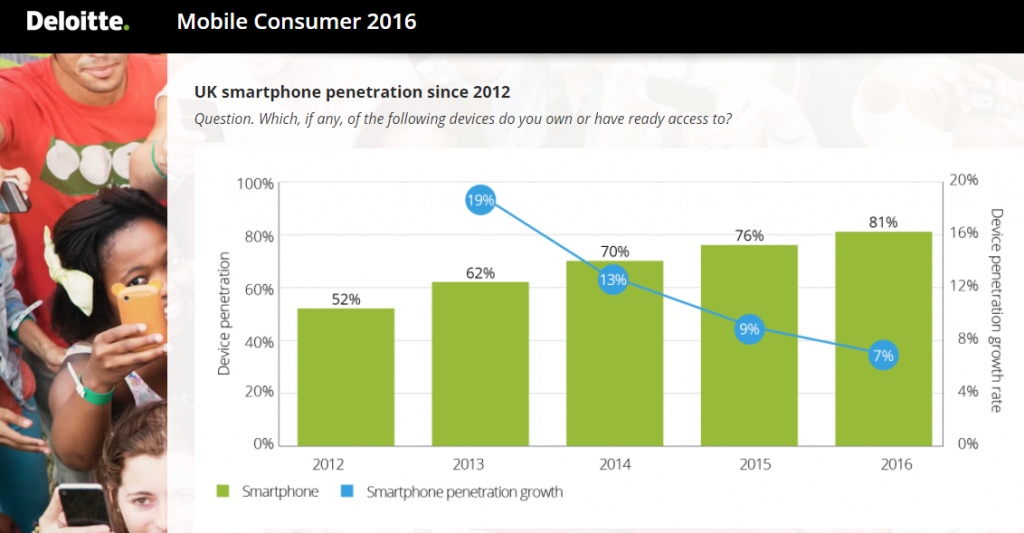 31% of smartphone users make no traditional voice calls in a given week. This contrasts with a quarter in 2015, and just 4% in 2012

Smart phones have changed our behaviours and many of us have probably not even noticed it.

We are pretty much always connected and online 24 hours a day, 7 days a week, 365 days in the year (except for when we’re sleeping that is).

Most of us take our mobile phones to bed at night (guilty as charged). Leaving them on the side table without a second thought (sad some might say).

Almost half of 18-24 year olds check their phone in the middle of the night.
Global Mobile Consumer Survey 2016: UK Cut – click here for full Deloitte report

We are contactable at any moment throughout the 24hr cycle.

Well, last night whist you were sleeping you were receiving

Many (myself included) schedule their phones to switch to “Do not Disturb” at a set time of the day thus stopping all calls, texts and notifications.

However, this does not mean the messages and notifications stop.

They continue to come through without your knowledge so you can get some much needed sleep.

Instead, your phone waits for “Do not Disturb” to turn off so it can start that familiar harmony of pings to remind you to pick up your phone and check whatever it is.

It would be interesting to know which of the following you look at first (this is a genuine question, please leave your answer in the comments)?

I understand that for many of you this might depend on whether or not you have received notifications but if all things were equal i.e. no notifications or you had the same number of notifications for each, which would be the one you check first?

This has a number of implications if you are in business.

There is a lot of noise and many businesses trying and fighting to get a bit of people’s attention.

What are you doing about it?

Are you even using any of the above to get in touch with potential and existing customers?

Are you paying attention to where their attention is?

Do you even know how much you are missing out on?